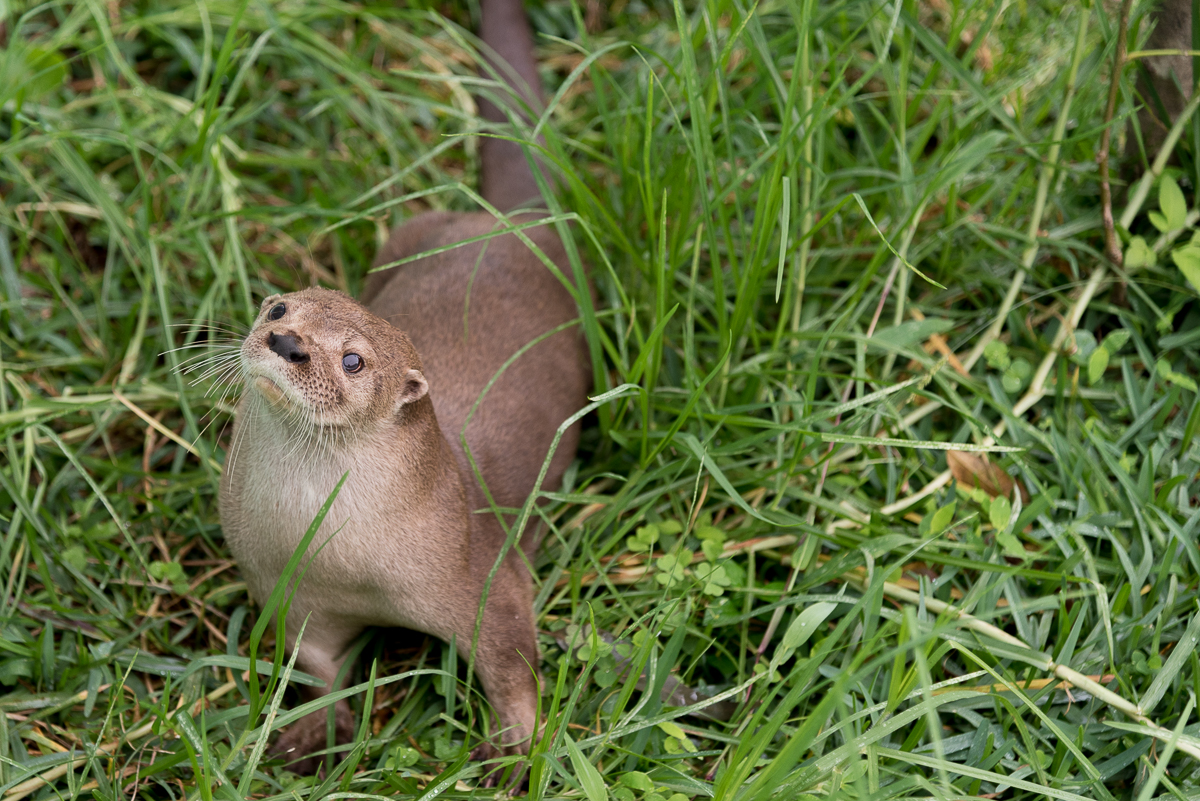 Emma day is here and we hope that you are joining with IOSF and TRR for World Otter Day. Today is all about raising awareness about just how important they are to the environment, how they suffer as part of the illegal wildlife trade, and how much they need our help! We want to encourage more people to care about and be passionate about otters, just like you, and the louder our voice will be.

In 2009 IOSF started Otterly Mad Week and in 2014 this was changed to World Otter Day. The aim of the day is to draw attention to the 13 species of otter – ALL of them are listed in the IUCN Red List. This includes the Eurasian otter which is found in Europe, Asia, and North Africa. It is often assumed that this species is doing well as it is beginning to recover in parts of Europe but we know almost nothing about it in the rest of its vast range. So we need to draw attention to the threats to otters – habitat loss, hunting, illegal trade for furs and pets.

Emma, the neotropical river otter that lives at the Toucan Rescue Ranch was brought to us due to abuse. As a baby, Emma and her mother were being stoned by kids on a river shore. Luckily, there was a woman with her kids on the same shore. She scolded the kids who were mistreating them. However, by this time, the mother was nowhere to be seen and the baby was left orphaned. After failed attempts of trying to reunite the baby otter with mom – the woman scooped the baby in her purse and drove to police. The police then drove to the Toucan Rescue Ranch where the baby was named Emma. Emma grew up with TRR. Being social animals – she was not released, however, given sanctuary at TRR where she has her very own waterfall, slide, pool, and den.