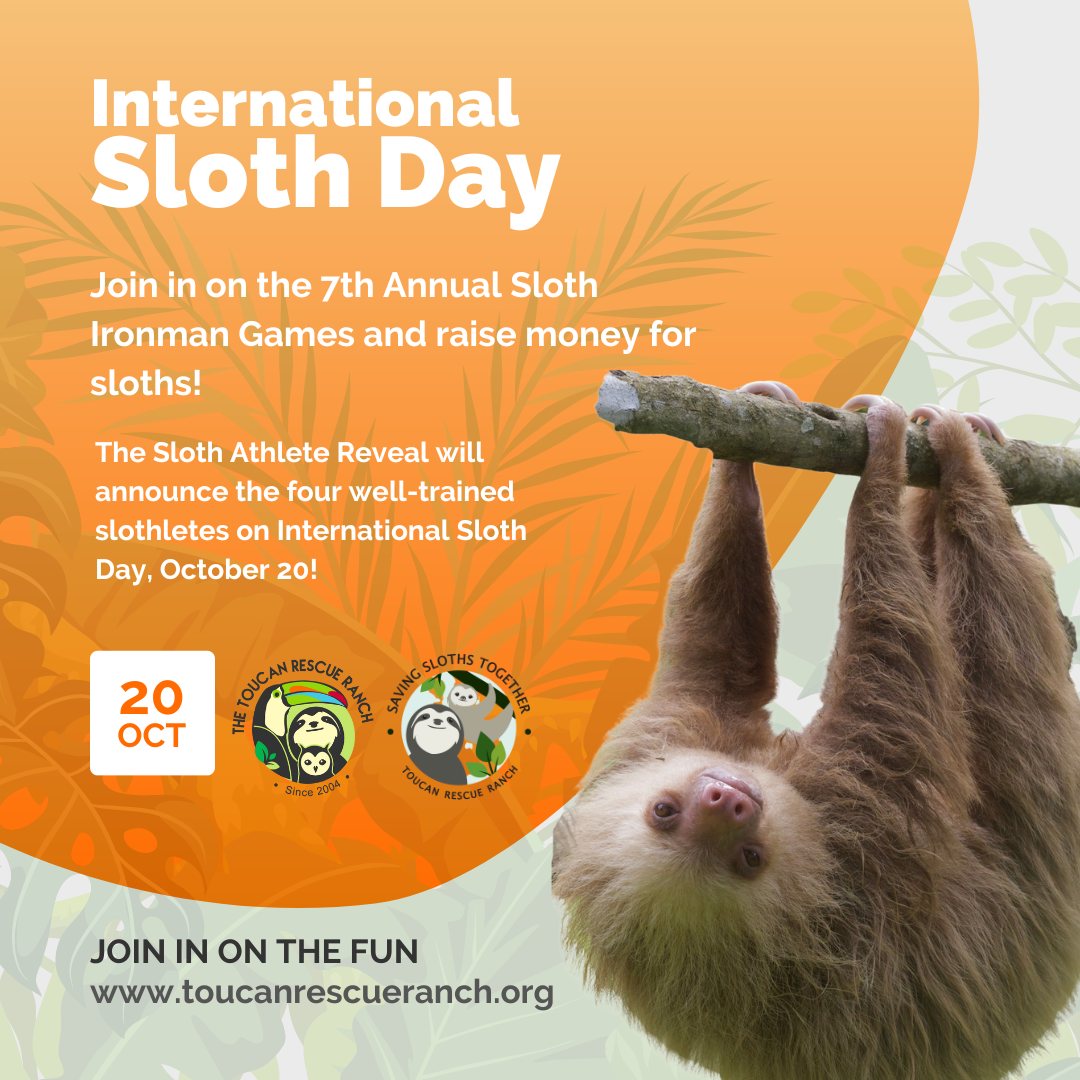 Join us for the 7th Annual Sloth Ironman Games!

It’s the 7th Annual Sloth Ironman Games at the one and only Toucan Rescue Ranch! This year, the Sloth Athlete Reveal will announce the four well-trained slothletes on International Sloth Day, October 20!

What is Saving Sloths Together?

In 2017 Toucan Rescue Ranch and The Sloth Institute came together to form Saving Sloths Together (SST), a Costa Rica-wide project seeking to provide greater opportunities for sloths in need. By combining each organization’s skills and knowledge we are able to improve the process of sloth rescue, rehabilitation, and release in Costa Rica. This partnership utilizes scientific expertise, dedication, passion, and decades of experience to provide the very best program for every sloth needing help gaining a second chance at a life in the wild.

Historically, sloths have been a highly successful arboreal species however, growing human interactions and development in Costa Rica have made it difficult for them to thrive. As humans move further into the forests and coastlines, destroying natural habitats, sloths have been negatively impacted and greater numbers are dying. Couple this with the growing social media trends and publicities and sloths are faced with more threats to their survival than ever before. While Costa Rica sloths are not yet ENdangered, they are IN danger and need our help before it’s too late.

What Dangers do Sloths Face?

Sloths are rescued for various reasons. Common incidents include electrocution from power lines, car accidents, dog attacks, and human encroachment such as deforestation and the illegal pet trade. Oftentimes, baby sloths suffer from injuries and the loss of their mother from such incidents. Babies are often found abandoned by their mothers for unknown reasons (likely the mother was involved in an accident). This is when the Saving Sloths Together project by TRR and TSI takes action. Together, we rescue hurt sloths and give them a second chance at life with the goal of releasing them back into the wild once they “graduate” from the rehabilitation and release program.

A unique component of the SST project is the ability to take a hand-raised, orphaned sloth and give it a second chance at being wild. The concept of releasing captive-raised sloths back into the wild is a feat that has rarely been done with success. However, the combined expertise and resources of TRR and TSI with the SST project are eager to prove that sloths don’t belong in cages but #backinthetrees because they were all #borntobewild. 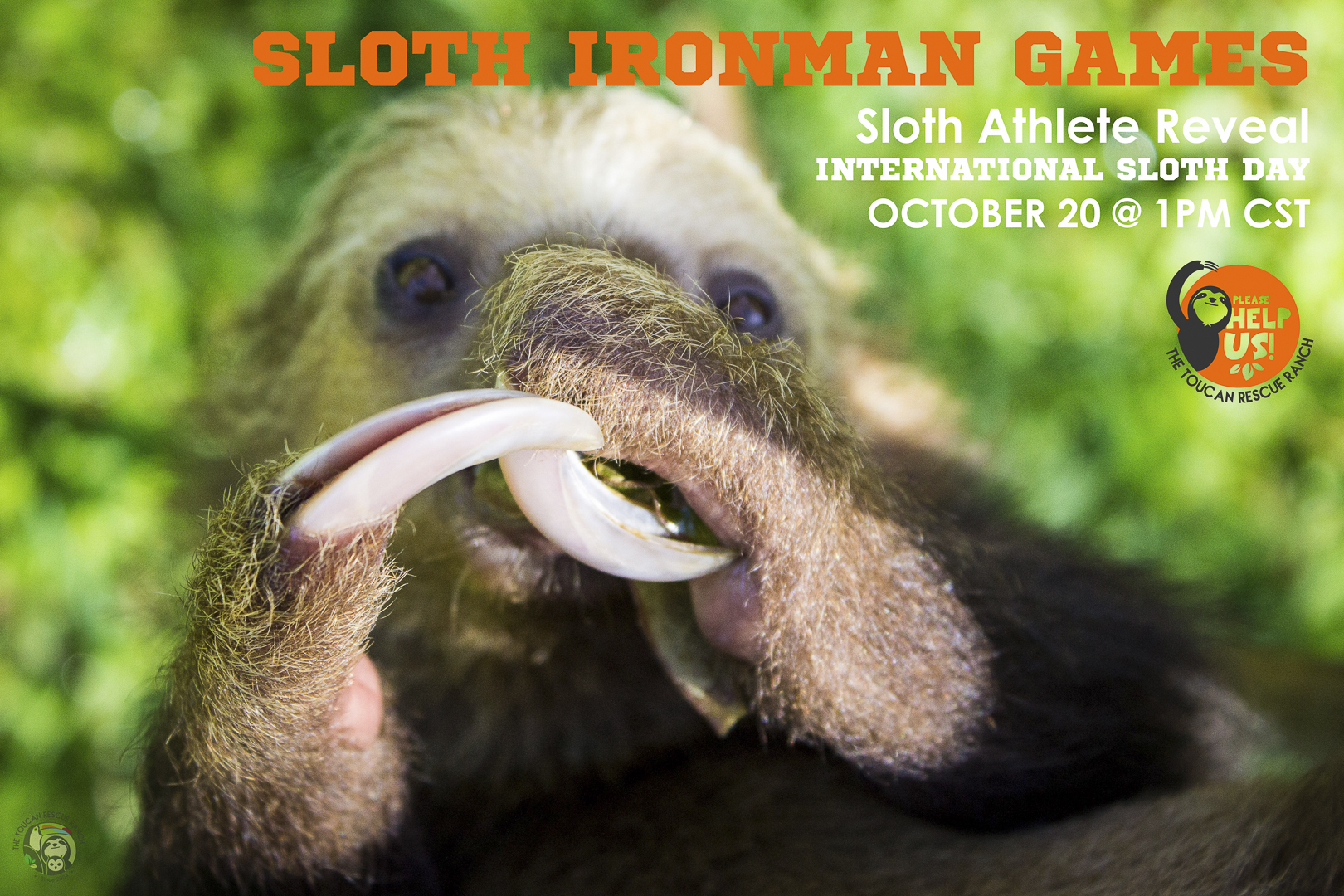