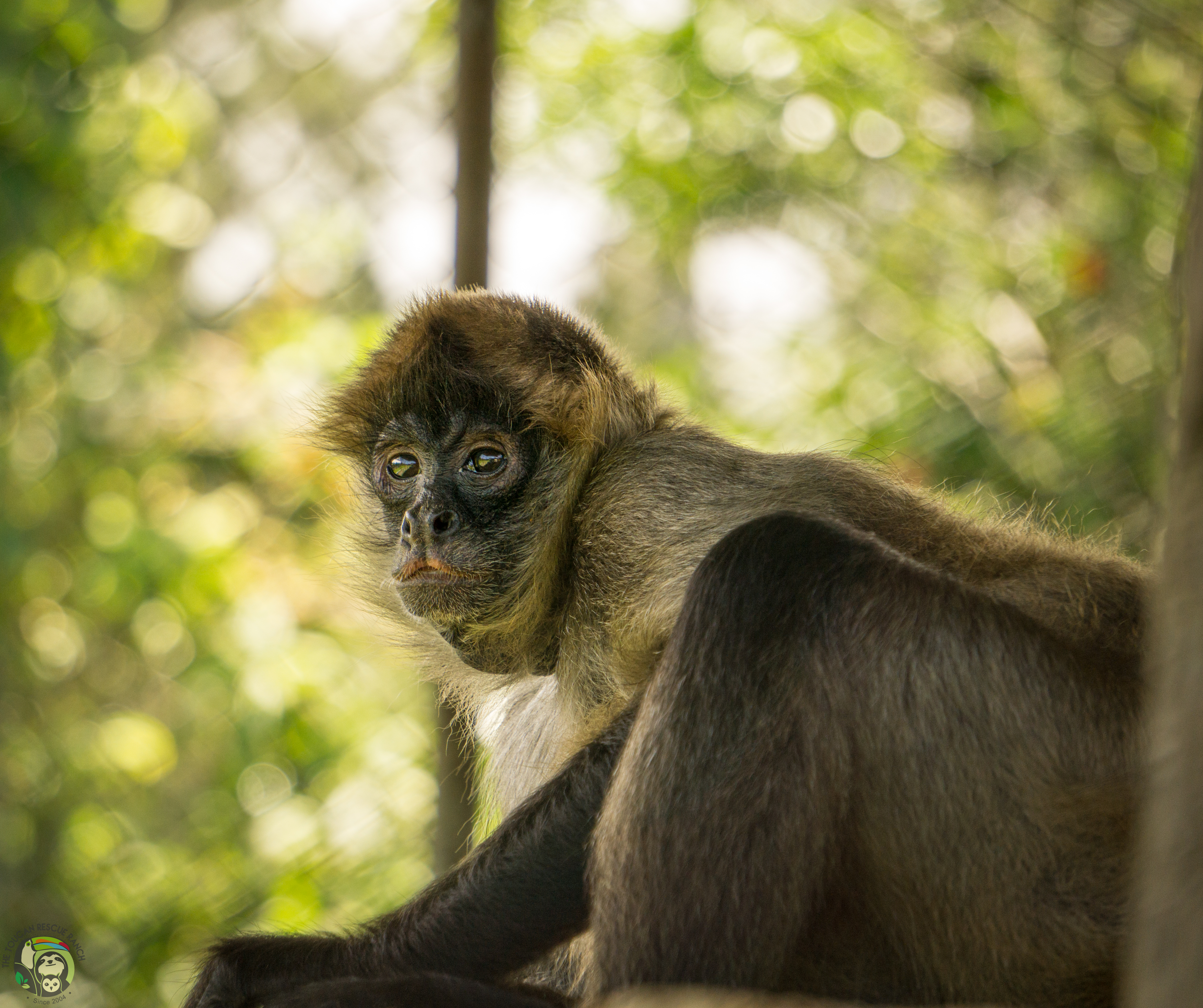 World Monkey Day was first celebrated on December 14, 2000.  Why that day?  Michigan State University student Casey Sorrow was monkeying (!) around and wrote “Monkey Day” on an unoccupied date on a friend’s calendar.  When the day came around, they felt obligated to celebrate—costumes, grunting, jumping around, drinking beer (recognize that December 14 is near the end of finals at most universities, and students are no doubt in need of some reason to go ape!). The traditional continued, as Sorrow and another friend began drawing a college-based comic strip and promoted Monkey Day each year when the calendar rolled around to December 14th again.

Today we are celebrating the monkeys that we regularly care for, Spider Monkeys!

If you would like to get involved on this special day for monkeys, please consider doing a symbolic adoption of one of the rescued spider monkeys in our care. Every dollar goes to their overall care such as their diet, enrichment, medical care, and enclosure enhancements.