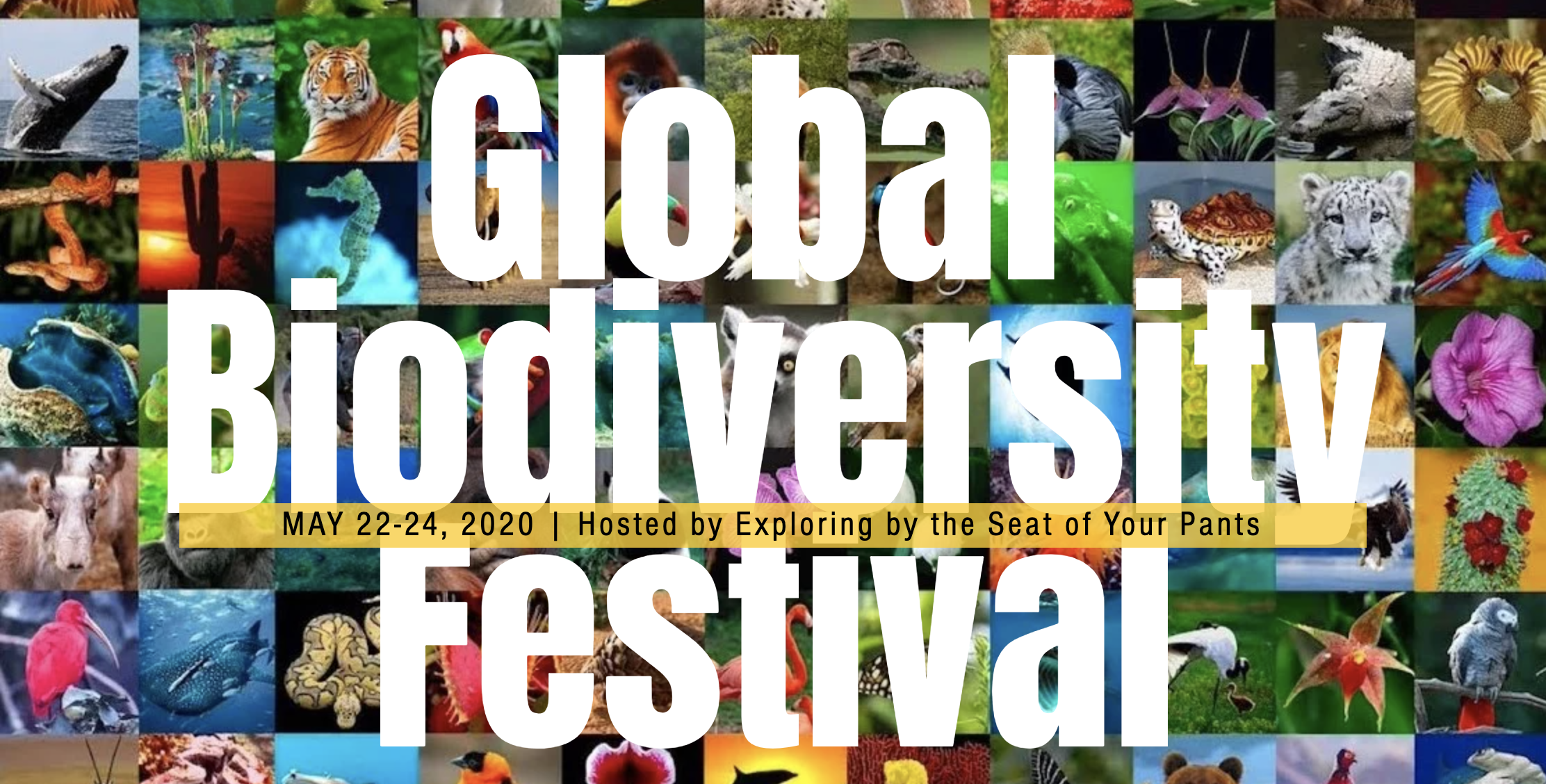 “Biological diversity is vital for human health and well-being. I urge all — governments, businesses, and civil society — to take urgent action to protect and sustainably manage the fragile and vital web of life on our one and only planet.” — UN Secretary-General António Guterres

May 22nd is the International Day for Biological Diversity, celebrate with a virtual extravaganza featuring scientists, explorers, and conservationists from across the globe!

The Global Biodiversity Festival is a virtual weekend with a simple goal of bringing the amazing diversity of life on our planet, live in everyone’s home during these challenging times. From the 22nd – 24th of May, we’ll share the amazing variety of life on our planet and the scientists, explorers, conservationists, and filmmakers documenting and protecting it. We’ll highlight the weird and the wonderful, but also the conservation challenges, along with the good news success stories.

The Global Biodiversity Festival is 100% free to join in. Our goal is to raise some money for some great conservation organizations around the world that do incredible work but are being impacted by Covid-19. All we ask is that if you can, please make a donation, and all funds will be shared between the organizations.

TOUCAN RESCUE RANCH WILL BE OFFERING A FREE VIRTUAL TOUR MAY 23 AT 3:00 PM EST!

Biological diversity — or biodiversity — is the term given to the variety of life on Earth and the natural patterns it forms. The biodiversity we see today is the fruit of billions of years of evolution, shaped by natural processes and, increasingly, by the influence of humans. It forms the web of life of which we are an integral part and upon which we so fully depend.

This diversity is often understood in terms of the wide variety of plants, animals, and microorganisms. So far, about 1.75 million species have been identified, mostly small creatures such as insects. Scientists approximate that there are actually about 13 million species, though estimates range from three to 100 million.

Biodiversity also includes genetic differences within each species — for example, between varieties of crops and breeds of livestock. Chromosomes, genes, and DNA — the building blocks of life — determine the uniqueness of each individual and each species.

Yet another aspect of biodiversity is the variety of ecosystems such as those that occur in deserts, forests, wetlands, mountains, lakes, rivers, and agricultural landscapes. In each ecosystem, living creatures, including humans, form a community, interacting with one another and with the air, water, and soil around them.

It is the combination of life forms and their interactions with each other and with the rest of the environment that has made Earth a uniquely habitable place for humans. Biodiversity provides a large number of goods and services that sustain our lives