Read More Blogs... Apply to be an Intern 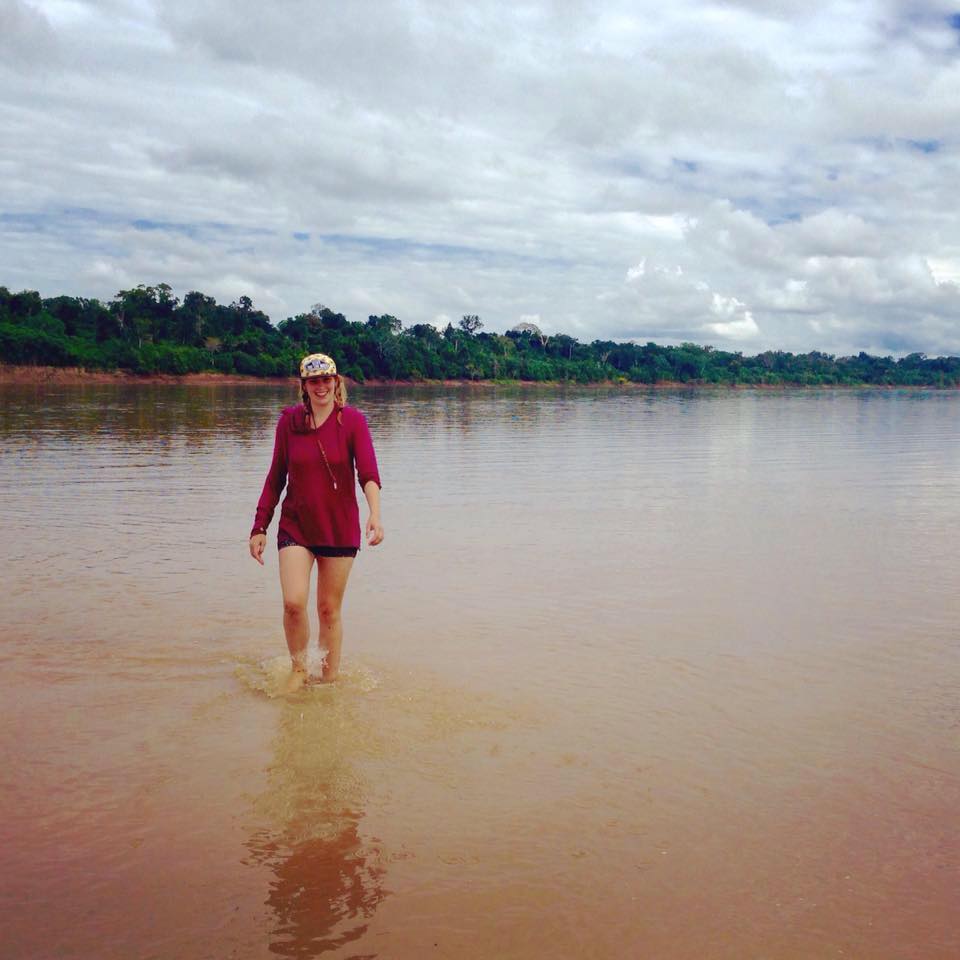 My name is Georgie and I come from the Wollongong region of Australia. For all the non-Aussies out there, that’s Wool-on-gong, a Wodi-Wodi Aboriginal word referring to the city’s coastal location. I have recently graduated with my BSc. in Conservation Biology, and rather than settling for a permanent job back home I decided to come spend 6-months as an intern at the Release Site for Toucan Rescue Ranch.

Why? Well, I’ve always loved being in and amongst nature. As a child I spent a lot of time at my Dad’s astronomy club in Blue Mountains west of Sydney, surrounded by kangaroos and crystal-clear skies. I grew up on the border of Sydney’s Royal National Park and when I was eight my parents took me out of school for 6-months to travel Australia’s outback in a trailer, sometimes we would drive hundreds of kilometres to the nearest town.

My love for Latin America started when I travelled to Ecuador and the Galapagos, and in 2016 I decided to volunteer for 10-weeks in the Peruvian Amazon. There, I had encounters with everything from jaguars to piranhas to caimans! I fell in love with the rainforest, and I just had to come back to this hemisphere and see more. 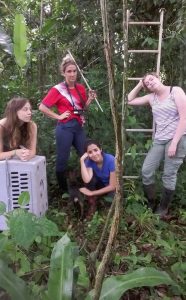 The crew a little tired after searching for a sloth for 2-hours!

My role at the Release Site is called a “specialist intern”. I mostly observe and feed releasable sloths. I keep track of their behaviour and make sure they’re ready doing well enough for release. Already I’ve learned so much about sloths in the months’ time that I’ve been here. They may be slow but there’s a lot more to them than meets the eye, they’re incredibly strong and sturdy animals.

While it feels like they sleep like… all the time, when one is on the move they really travel far! They manage to get themselves into the thickest, most tangled jungle imaginable… but we still must watch them to make sure they’re happy and healthy – so the tracking must go on!

The Toucan Rescue Ranch has really lit a fire under me to stop the mistreatment of sloths through activities such as “sloth selfies” and to help restore their habitat to help keep sloths thriving. 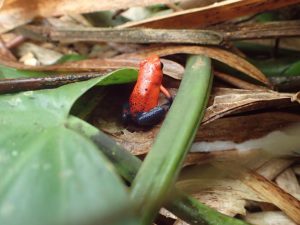 Blue Jean frog in the creek near the Release Site House.

On another note, besides our pre-release animals we care for, there’s fantastic encounters to be had all around us. Walking along the creek line, you can find Blue-Jeans poison dart frogs (the cutest deadly animal there ever was).

Wild hummingbirds and toucans fly about, and howler monkeys leap through the trees around our house. It’s in my nature to be amongst the wild, and it’s satisfied here with these daily encounters. Then there’s our adorable pre-release tamandua named Tiger Lily, our sweet toucans that are in a breeding program and of course the little rescued baby opossums we are caring for!

We’re a small crew out at the Release Site but we have a lot of fun together. I have found Costa Rica to be an incredibly welcoming and friendly place with highly diverse beauty. I’ve quickly learned that Pura Vida isn’t just a saying it’s a way of life! So if you are looking for a truly authentic experience doing wildlife research, conservation, and being surrounded by nature – The Toucan Rescue Ranch’s Release Program is waiting for you! 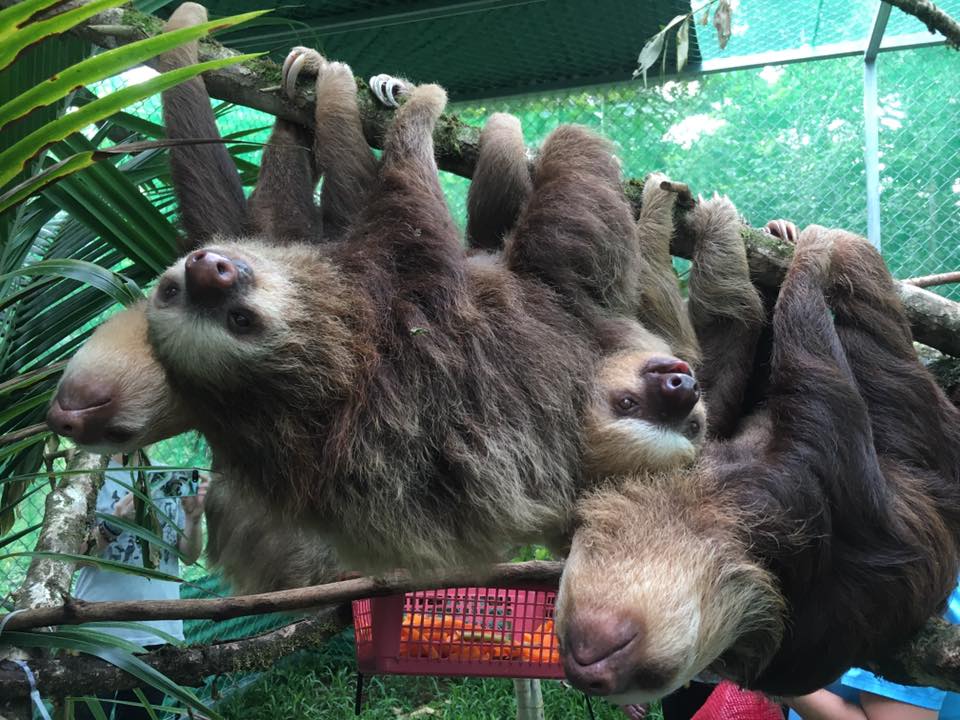 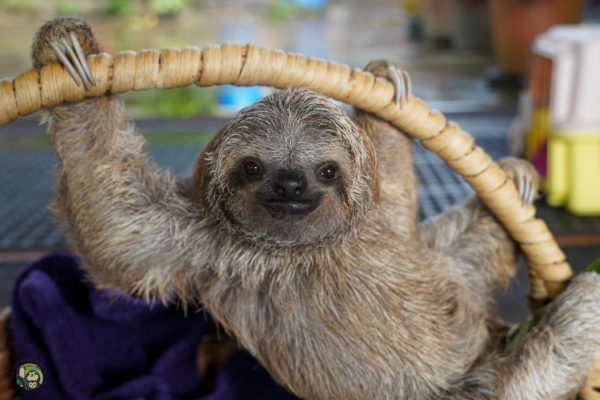 A Unique Type of Muffin for International Muffin Day! 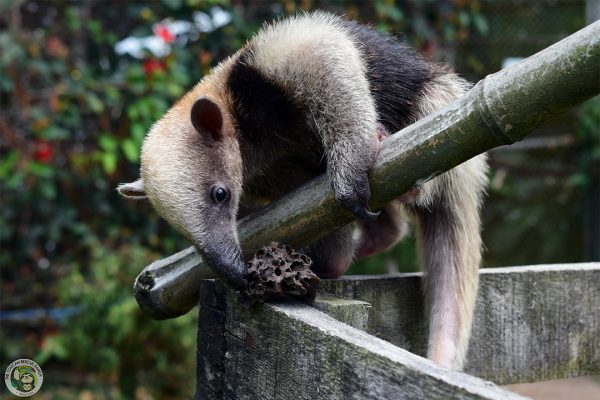 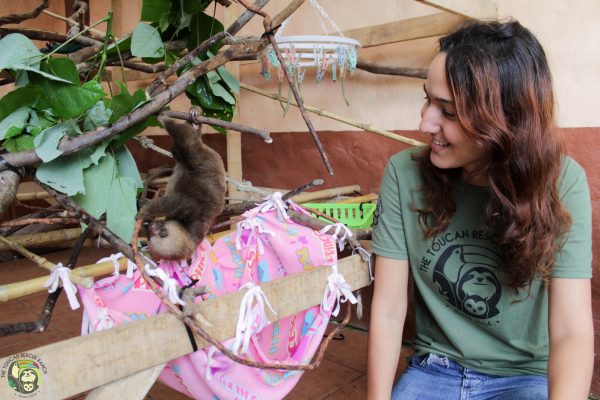