Posted on June 22, 2021 Categories: Wildlife Catalog No comments yet 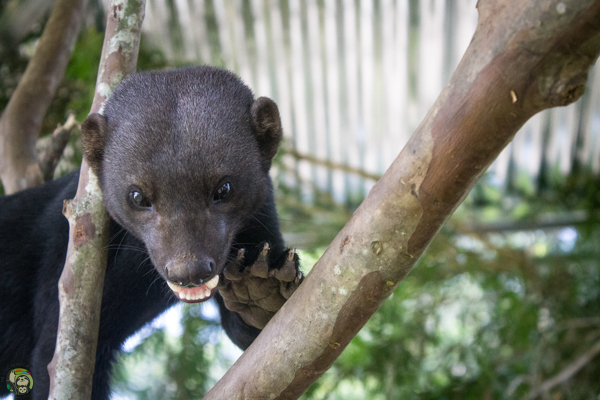 Tayras are the biggest species of Central American mustelid and they’re an animal of many names. Their genus name, Eira, is derived from the indigenous name for tayras in Perú and Bolivia, while their species name derives from Greek, meaning strange or foreign. Tayras are also known as “high woods dogs” in Trinidad, “tolomuco” throughout Central America and, interestingly enough, as “viejo de monte” or “old man of the woods” in Yucatan and Central America. This last name derives from the fact that tayras, like all mustelids, walk on their whole foot instead of just walking on their toes, like cats and dogs. This curious manner of walking makes tayra footprints relatively similar to human prints, except smaller in size. This, along with the fact that older Tayras acquire a white mane of hair around their heads, makes them appear as old men of the forest.

In brief, tayras are long slender animals, close in appearance to their relatives the weasel and the marten.They can grow to be up to 28 inches long, not including their long and quite exuberant tail. They have a dark coat: a mixture of browns and blacks with a distinctive white, yellow, or orange spot on the chest. This pattern is not unusual in all sorts of small to midsize carnivores, such as tasmanian devils and moon bears! Tayras heads usually sport a paler coloration that can even be white in older individuals.

The throat patch displayed by Tayras is unique to each individual and can be useful for identification. Tayra feet are quite unique from other mustelids; their toes are of varying sizes forming a strongly curved line when held together. Apart from this, their claws are short, curved, and very strong, allowing Tayras to be fantastic climbers and runners, although very poor at digging, unlike most other mustelids. Like most carnivores they have hairless pads, forming the cute “beans” characteristic of dog and cat feet, but unlike dogs and cats, tayras walk with their whole foot touching the ground, giving tayras a very sure-footed gait. Their feet also possess small vibrissae near the pad. Vibrissae, like whiskers, are stiff sensory hairs that give the tayra an excellent sense of touch.

Tayras biggest competitors in the rainforest are diurnal, semiarboreal, mid-sized carnivores such as jaguarundi. The way that they may avoid this competition is by hunting a wide variety of prey and complementing their diet with fruit. The tayra’s main predator in its natural environment is the harpy eagle, but attacks from ocelots, pumas, and jaguars have also occurred.

Tayras are regularly found in tropical and subtropical forests ranging from Southern Yucatan in North America through Central America and east of the Andes until Northern Argentina in South America. Tayras are considered semiarboreal, spending about an equal amount of time in the trees as walking on the ground. Tayras are not bad swimmers, enjoying the occasional splash.

Tayras are solitary and diurnal but their activity can spread into the evening and early hours of the night. They are quite omnivorous, hunting a wide variety of small prey as well as willfully consuming fruit. Tayras are not ambush predators, preferring to find prey via their particularly strong sense of smell and running them down on foot.

Tayras are quite avid climbers, being able to swiftly move through the thick canopy in pursuit of prey. Their long tails help them, providing a counterbalance to aid in the climbing process. Once in the ground, tayras are known for their fast bounding gallop. Tayras usually live in burrows in the ground or hollows in trees. Tayras usually hold particularly large territories, being able to walk up to 6 km (3.7 miles) per day.

Tayras are particularly well known for their intelligence. They have been seen ripping unripe bananas from trees to save them and wait for them to ripen.

Tayras are known to freely consume all sorts of materials, including fruits, carrion, small vertebrates, insects, and honey. In the wild, tayras mainly feed on fruit and insects but occasionally they may eat birds and eggs, possums, small rodents, and even iguanas. Occasional attacks on troops of howler and spider monkeys have also been reported.

At TRR, Hershey enjoys a diet of several tropical fruits complimented by the occasional meaty treat.

Tayras are solitary creatures and usually keep to themselves, but that all changes when mating season arrives. Tayras breed all year round, and their gestation period may last from 63 to 67 days. In the wild, tayras mate in the dark of the night, after which the male leaves the female. After gestation, a female tayra will give birth to one to three pups, which are helpless.

The pups are born blind and deaf and their eyes only open at around 35 days of age. The puppies may start leaving the den at around 47 days and wean off their mothers and start eating solids at 70 days. At this point, the mother will start bringing her young wounded or slow prey so they can train their hunting instincts. At 6 months they are considered fully grown. At 10 months of age, the babies are ready to leave the mother and venture into the world on their own.

Tayras are usually very shy around humans, preferring to avoid them whenever possible. When scared, tayras will produce growls and shrieks to try to scare their potential foe, and when cornered, they are quite capable of climbing trees while hissing and spitting, leaving their aggressor in the dust.

The only tayra at Toucan Rescue Ranch is a handsome male, Hershey. Hershey arrived at TRR because of the pet trade, having been used for entertainment at a hotel. If you would like to know more about our lovely Hershey please join us in one of our educational walks, where he is prominently featured!

Tayras are considered of Least Concern on the IUCN Red List of threatened species. Even still, tayras face challenges every day that could easily reduce their numbers if we don’t start being careful. Wild tayra populations are slowly shrinking due to bad agricultural practices and the reduction of their original habitat for more agricultural and herding space. Wildfires have also taken their toll on Tayra populations. These fires are usually started to create space to plant or raise cattle in and have proven very worrying to the continued survival of many types of rainforest animals.

Throughout their range, tayras have also been hunted by humans due to their apparent role in eating domestic fowl as well as other smaller domestic animals. It is for these reasons that we must keep protecting tayras, making sure that we won’t live in a future without these wonderful creatures. 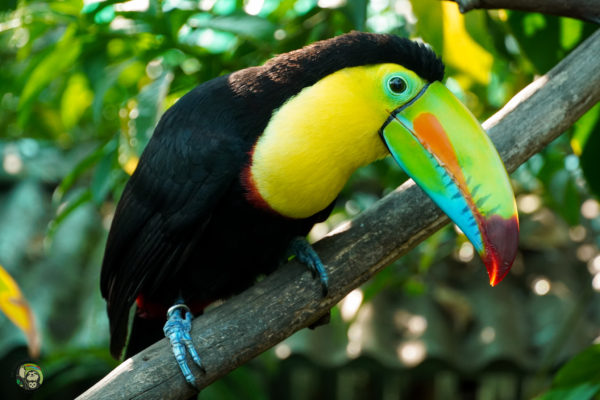 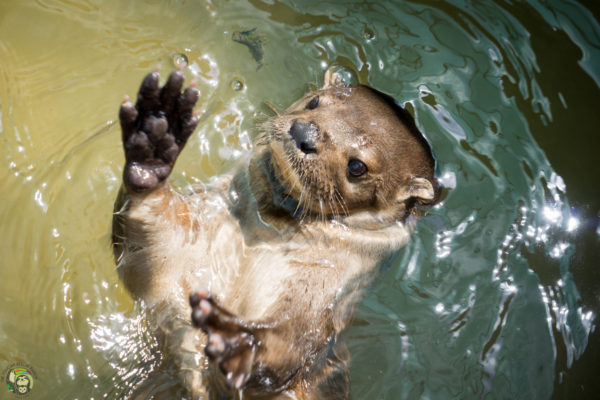 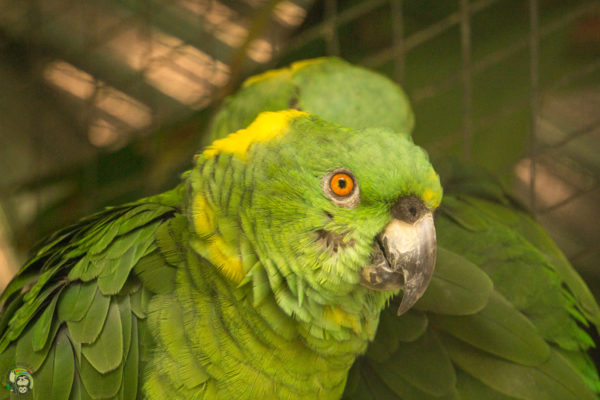