Read More Blogs... Apply to be an Intern

From Across the Pond & Into the Jungle 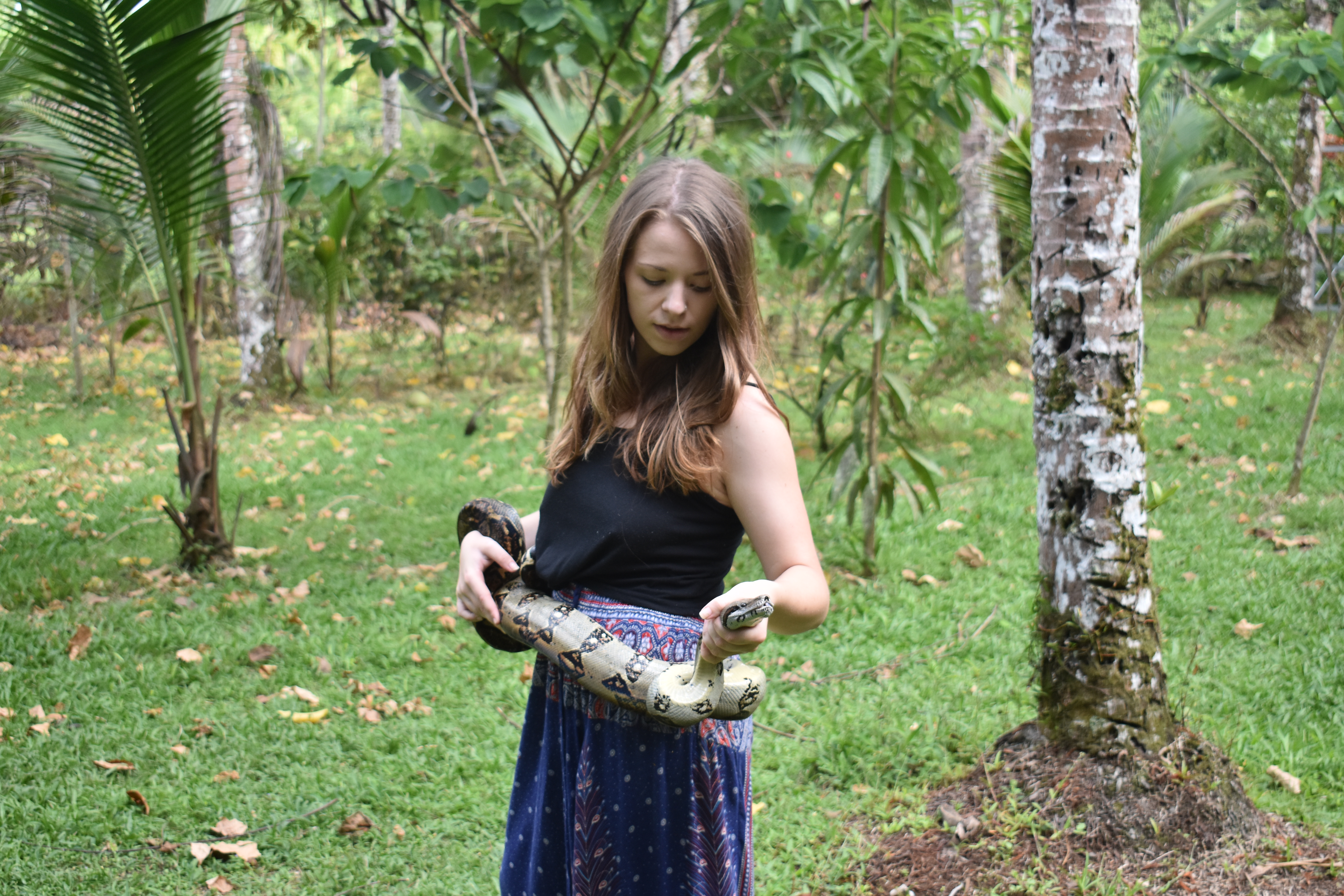 So, my name is Alice, I’m your average 26-year-old British girl. I’ve been working with animals for half a decade as a zoo presenter, zookeeper, and more recently (for nearly 2-years) working for an underpaid, underappreciated educational farm in North London. As I entered 2017, my thoughts turned to the hope of doing something more meaningful with my life. My first thought was to go back to school, and after figuring out that wasn’t what I wanted, I began to question what truly made me happy and what put me on the path of working with animals in the first place? 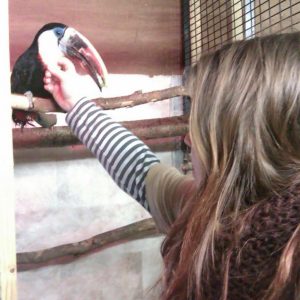 Alice giving some love to Zazu the Red-Billed toucan at Chessington World of Adventures.

I have always been obsessed with toucans. My first zoo job at Chessington World of Adventures in 2012 introduced me to a small, red-billed toucan named Zazu, who had been a pet. I was fascinated by him. I spent my free time and days off working with him. He is what inspired me to travel to Emerald Forest Bird Gardens (EFBG) in San Diego, the largest private collection of toucans, to learn more about them. Fast forward to 2017 and I’m stuck in this rut: I’ve quit my job, moved from London –  when it suddenly hit me… I messaged Jerry Jennings at Emerald Forest Bird Gardens and he replies a few days later saying that while he doesn’t need help at EFBG, the Toucan Rescue Ranch in Costa Rica certainly does!

Costa Rica. Just the mention of it was enough to give me a starry-eyed daydream gaze off into the distance. I had always been drawn to the wildlife of Latin America – toucans, sloths, armadillos, kinkajous. My inner child squealed at the thought of seeing these in the wild after all this time! After a few months of organising, emails and an overpacked suitcase, I arrived at the San Jose airport, having never set foot in Central America before – ready to live in the Jungle for 6-months.

Now, I’m a “specialist intern” at the Release Site of the Toucan Rescue Ranch, meaning the animals that come our way are ready to be released and monitored to see how they are adapting to life back in the wild. We live in a tiny village of about 50 people in the middle of nowhere, surrounded by jungle and rich wildlife. I see wild toucans on my doorstep every day and wake to the sound of howler monkeys as opposed to the traffic of London.

My life has certainly taken a more unexpected direction than I could have imagined when the 2017 bells chimed to ring in the New Year. I am living the answer I gave to every “where do you see yourself in 5-years”. But there are some challenges of jungle life, especially when you’ve been used to the hustle-and-bustle of the city. Walking a mile to take the bus into town is the most notable, as I’m used to hopping in my car and being at my destination in no time. And you better like rice and beans, because you eat a LOT of it in Costa Rica. Oh, and there’s bugs – a lot of bugs! But the feeling you get when you see a rehabilitated animal released and given a second chance at life is incomparable to having a car or access to your favourite foods. This instead feeds the soul.

If you are interested in making a change, in doing research, in learning about the wildlife of Costa Rica and improving your Spanish, the Toucan Rescue Ranch is a fulfilling organisation to spend your time. I’d say be prepared for life to be a little different, but also be prepared to fall in love with the jungle too. Oh, and did I mention to bring tons of bug spray! 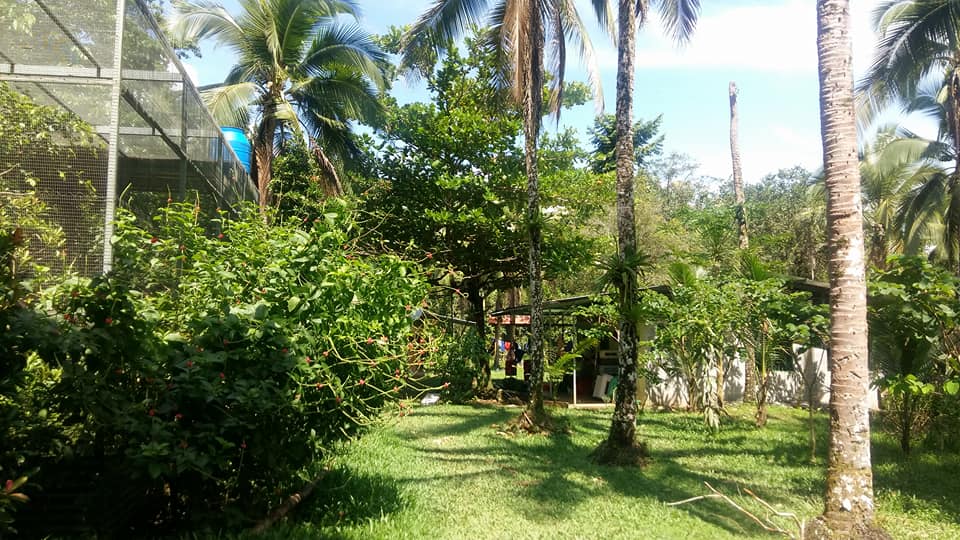