Posted on May 28, 2019 Categories: Education, Holiday, Wildlife No comments yet 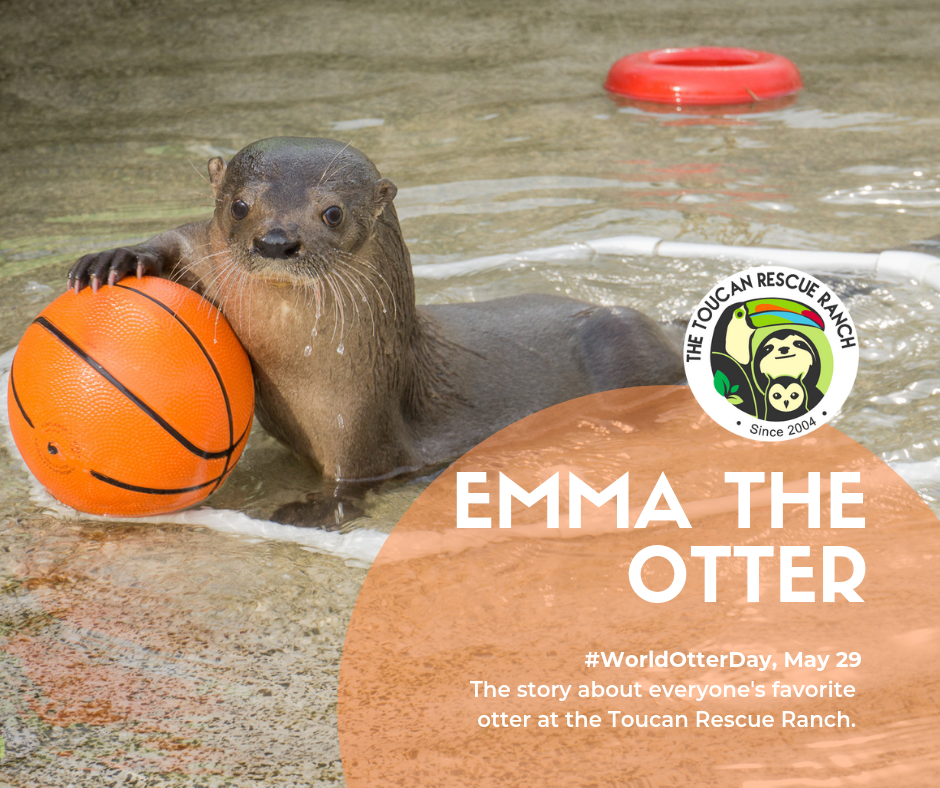 Did you know that today is International Otter Awareness Day? This day has been bringing awareness to some of the world’s most charismatic and comical animals for 10 years. World Otter Day is organized by the International Otter Awareness Fund whose mission is to raise awareness about otters around the globe while getting citizen scientists involved with otter conservation projects.

Now, let’s talk more about these critters. Otters are members of the weasel family and comprise of 13 species found on every continent except Australia and Antarctica. These species include the giant otter, found in the Amazon Basin, and the oriental small-clawed otter, found in South and Southeast Asia. These playful animals live in both fresh and saltwater. They have webbed feet and very strong tails that help them navigate aptly in the water. An otter’s fur is especially important — they have the thickest coat of any animal, including an undercoat that keeps the otters warm and dry!

At the Toucan Rescue Ranch, there is an otter that captures everyone’s attention, and her name is Emma. Emma is a Neotropical River Otter, a species found from Mexico all the way to Argentina. According to the IUCN, Emma’s species is considered near-threatened globally and endangered in Costa Rica.

Emma was rescued as a pup. She was an unfortunate victim of animal abuse and separated from her mother after kids were found throwing stones at her and her mom. River otters are not taught how to swim until they are roughly two months old, when their mother finally pushes them into the water. Still too young to swim, Emma was left chirping for her mom, panicked. Luckily, a bystander saw what the kids were doing, ran over and scolded them, and quickly scooped Emma up. After several failed attempts to reunite her with her mom, they decided to put the abandoned otter in their purse and call the police.

Police brought the very small and scared otter to Toucan Rescue Ranch’s gate. She was on a regimented milk diet and under 24-hour care. After some time, Emma was deemed non-releasable.  As she grew, so did her personality. Historically, river otters are known for their playful spirit. They are often found in the wild splashing and zipping around catching fish. Emma is a lot like her wild counterparts, spending her days plopping in and out of her beautiful waterfall enclosure known as “Emma’s Playground,” built in 2015 by generous donors.

Emma has stolen hundreds of volunteers’, interns’, and visitors’ hearts. She is a character you can always count on to cheer you up and serves as a friendly reminder to never lose your playful spirit.  She has become an incredible ambassador for her species, teaching individuals about the importance of otters and the various threats they face in the wild. She grabs people’s attention and encourages them to act in otter conservation. She helps us bring awareness to the water pollution and habitat loss that her wild friends face. Emma also acts as a symbol against otters being taken from their natural habitats to be kept as pets or hunted for their dense fur. She has truly become a voice for otters everywhere.

So, on behalf of Emma and otters everywhere: Happy World Otter Day! Emma hopes you do something today with the otters in mind, and wishes for a brighter and healthier future for otters all over the world!