I Want to Hold a Sloth DONATE NOW 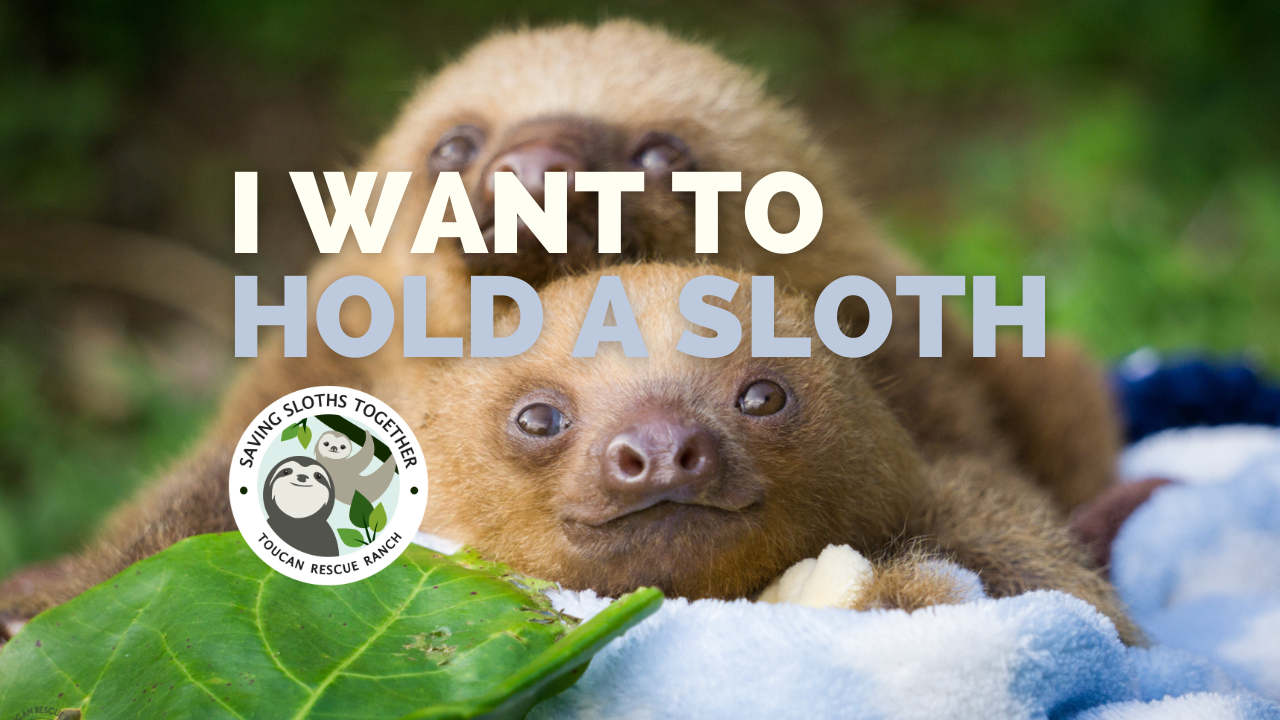 As a wildlife rescue center that specializes in sloths, we know sloths are super, mega-cute. People from all over the world follow our social media, volunteer with us, donate to our cause, and visit our center, mainly to see these amazing, funny, and special little animals. They want to protect them and love them just as much as we do, but often times we receive inquiries about people wanting to know if they can come and hold a sloth.

We understand that sloths are amazing creatures, and wanting to hold something cute is part of who we are, but it’s extremely important for our audience to understand why you shouldn’t want to hold a sloth. Today, we are going to go over this subject with you.

First things first: What you need to know about sloths and sloth rehabilitation

Sloths are considered some of the most interesting animals to have ever graced the Earth, and yet they remain quite the mystery to many.

The group that contains sloths, Xenarthrans, began evolving 65 million years ago, during the age of the dinosaurs. Ever since then these curious fuzzy creatures have diversified and become some of the most interesting and odd-looking groups of animals to ever exist.

The two-fingered and three-fingered families of sloths are the two species that exist today. Sloths are enigmatic and intriguing creatures about whom scientists currently know very little. They have a variety of characteristics that set them apart from other mammals, including the world’s slowest moving mammals and an extremely effective metabolism that is exceptional at preserving energy. They are also masters of disguise and can trick all types of predators’ senses. Additionally, they bring a lot, and we mean a lot, to us and to nature. Want to read about what sloths bring to the rainforests? Click here to learn more!

Nonetheless, while it is great to remember all the good things that sloths may bring to us, it’s also important to consider how we can save them. In the past two decades, sloths have encountered a lot of trouble. Climate change, habitat fragmentation, electrocution, and even dog attacks have become quite commonplace to these adorable creatures and so it is really important to help out places that go the extra mile to protect sloths.

As humans move further into the forests and coastlines, destroying natural habitats, sloths have been negatively impacted and greater numbers are dying. Couple this with the growing social media trends and publicities and sloths are faced with more threats to their survival than ever before. As our friends say at The Sloth Insitute (TSI), Costa Rican sloths are not yet ENdangered, they are IN danger and need our help before it’s too late.

Sloths are rescued for various reasons. As we said, common incidents include electrocution from power lines, car accidents, dog attacks, and human encroachment such as deforestation and the illegal pet trade. Oftentimes, baby sloths suffer from injuries and the loss of their mother from such incidents. Babies are often found abandoned by their mothers for unknown reasons (likely the mother was involved in an accident). This is when the Saving Sloths Together program, originally created by TRR and TSI takes action. This program’s mission is to rescue hurt sloths and give them a second chance at life with the goal of releasing them back into the wild once they “graduated” from the rehabilitation and rewilding program.

Now, why can’t you hold one?

Sloths are calm creatures that wouldn’t harm a fly if left alone. They spend most of their time hiding in the trees and being as silent as they can since they are a prey species in the forest. They are pursued by humans, eagles, and wild cats. Nonetheless, they are hazardous, since they have the ability to defend themselves if needed.

This doesn’t mean a sloth will come after you. Due to their inherent lack of aggression, sloths are not a threat to humans. Sloths are solitary creatures who want to be left alone, thus unlike household animals, they do not like to be touched. So, if you come too close for their comfort, they can be deadly and severely hurt people. How would they attack? They defend themselves by using their razor-sharp teeth and claws.

Their large and powerful claws can cause a lot of harm to an opponent. These claws are strong because they are designed to grasp onto branches while bearing the animal’s weight. When they scratch or bite their predator, they may suffer severe bleeding or loss of tissue. They have strong teeth that they can use to bite someone in addition to their lethal claws. Two-fingered sloths can bite anyone who approaches them too closely with their four sharp teeth, which resemble big canines.

If left untreated, a wound from a sloth attack can become severely infected due to the bacteria they carry, which can bring a lot of health issues, where you could even lose a limb! Even the specialized staff at TRR can tell you this is very likely and very serious. Handling sloths in the clinic is a three person job, at least. Despite being little creatures, they have three or more people’s worth of strength. And accidents with sloths have happened in the past because, in spite of them being slow, they have ways to defend themselves and can definitely attack under stress.

The dangers for the sloths themselves

Human-wildlife interactions have become normalized through movies, zoos, documentaries, and social media. It can appear that with the right precautions and professionals, there is no risk for you or the animals. But as you have learned, this couldn’t be further from the truth.

Interacting with people like domestic animals brings lots of stress to wildlife, not to mention the risk of illness and aggression towards you. In the case of sloths, since they exhibit different body language than other animals, it can be challenging for people to determine when a sloth is unwell or unhappy. In fact, sloths are such strange beings that even scientists are still learning about what they require to survive and prosper.

Unfortunately, sloths offered as pets typically come from the wild. It is quite likely that the parents were kidnapped from the wild several years prior, even if the baby sloth was born in captivity. Due to their slow rate of reproduction, some wild populations of sloths are in danger due to demand from the worldwide pet trade. Holding a sloth is awful for the sloth’s health, wellbeing, and future.

A young sloth that has been separated from its mother is very difficult to rehabilitate and release back into the wild. This is why we work very hard to rehabilitate them when orphan sloths arrive at Toucan Rescue Ranch with our Saving Sloths Together program. By controlling the amount of human interaction they have, we have proved they can still behave and survive in the wild.

Despite how lovely they are, avoid purchasing a newborn sloth as a pet and avoid businesses that promote holding and petting them! Despite their good intentions, these groups do not fully comprehend sloths to ensure their wellbeing, even if it’s just for a photo. Learn more about why you shouldn’t take seflies with wildlife

All of this is not to say you shouldn’t love sloths. You can support them through their journey back to the wild, where they belong, while still respecting them! How? There are many ways to love sloths with us: you can symbolically adopt your favorite sloth under our care and come along in their journey, donate to the Saving Sloths Together Program, or join us for a tour where you can meet them at a safe distance, and even volunteer with us so you can be a part of our wild adventure of caring for wildlife and learning about their stories first-hand!

There are lots of sloths that need our help, and you can be a part of it! Share this article with your friends and on social media to spread the important message to never, ever hold a sloth!

About the writer: Mariana Diaz, born and raised in Costa Rica, has been part of the Marketing Team at Toucan Rescue Ranch since late 2020. With a background in Media for Development and Social Change, Social Work, and Graphic Design, she supports communications and all things media! 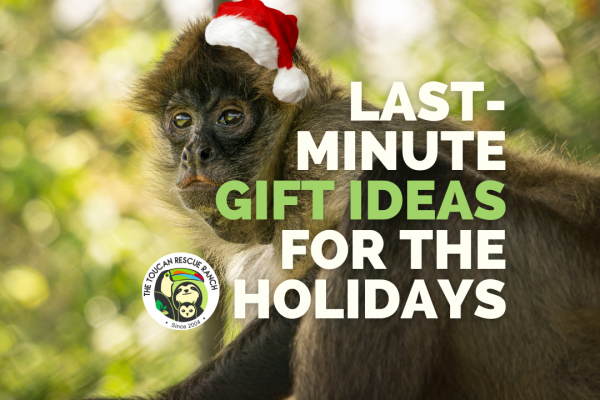