Posted on May 27, 2020 Categories: Education, Education Program, Holiday, Uncategorized, Wildlife No comments yet 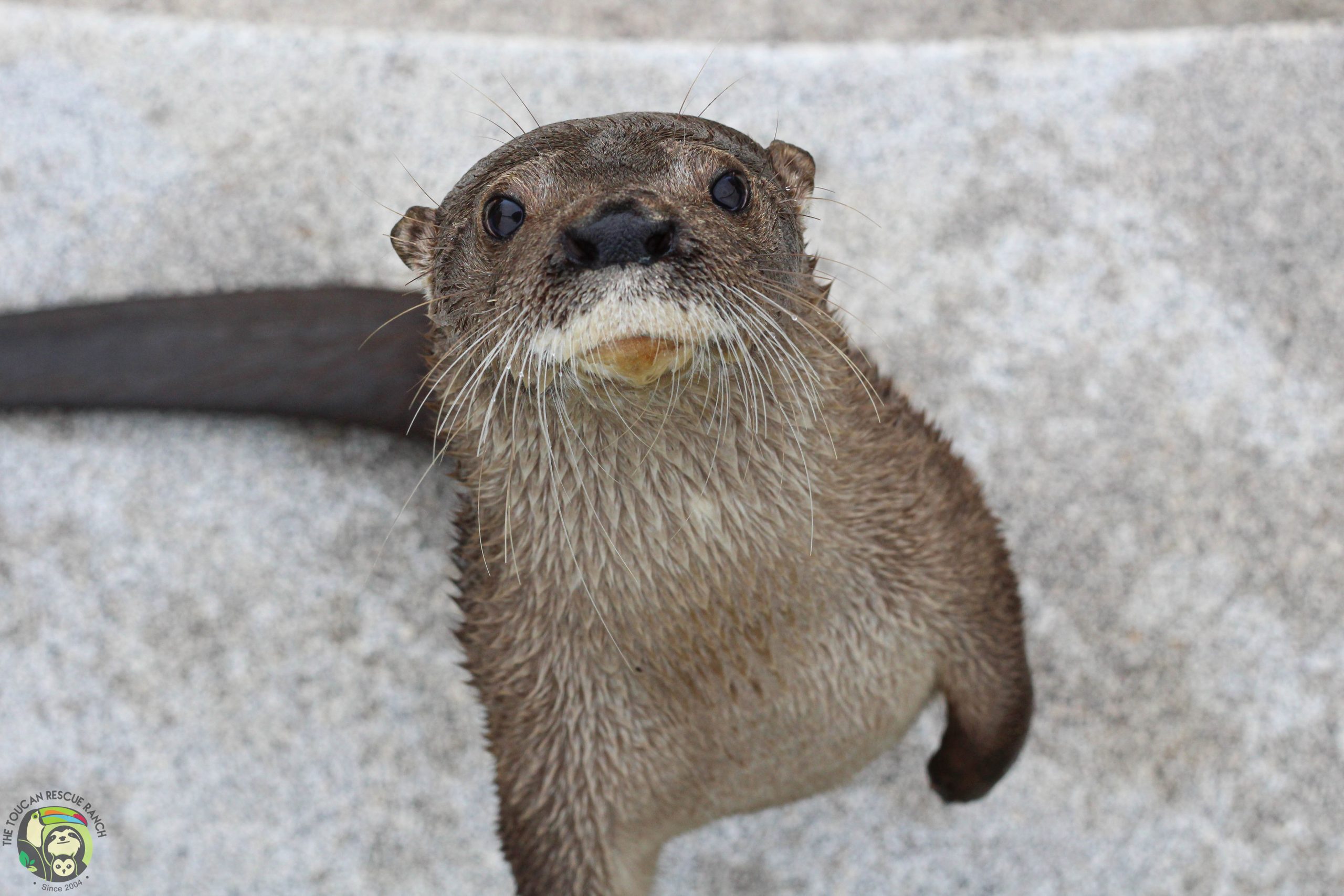 What animal has five cute toesies, webbed feet, a long tail, and one of the densest furs in nature?

If your mind immediately went to otters, well, you’re absolutely correct! These furry, long, weasel look-alikes are some of the most adorable animals on planet Earth! But cuteness is not all that they bring to the table. Otters are an incredibly necessary part of riverine and marine environments and give us insight into the health of the ecosystems that surround them. It is for this and many ‘otter‘ reasons that these wonderful creatures get their very own special day, dedicated to their conservation and care! May 27 is a special date for all fuzzy, semi-aquatic, longtailed mustelids, and it is for this reason that we at Toucan Rescue Ranch want to teach you some awesome otter facts to celebrate them on their date.

While in Costa Rica we only have one species of otter, exemplified at Toucan Rescue Ranch by the beautiful Emma, we can find 13 different species all over the world, in every continent but Antarctica and Oceania. Otters are extremely adaptable animals living in all sorts of water environments. Only two species of otter live and feed exclusively in saltwater, the marine otter and the sea otter, while the other eleven are mostly freshwater animals, although some species may occasionally be found around coasts and in brackish water.

With a length of over 1.8m or 5 feet 9 inches, Giant Otters are the biggest otter species in the world. They live in the turbulent waters of the Amazon river and they may hunt prey as big as caimans and anacondas.

Sea otters are the heaviest of all otters, weighing as much as 45 kg or 100 pounds – almost as much as a human child! These incredible otters live in the cold waters of the northern Pacific all the way from northern Japan, going into Russia and the Aleutians and as far south as Southern California and even Baja California in Mexico. Amazingly, sea otters survive the cold waters using their fur, instead of blubber as many other animals do. This is because the fur of the sea otter is the thickest among otters, with around 150,000 hairs per square centimeter! Sea otters live their entire lives in the ocean, only rarely coming ashore. This incredible feat has earned this amazing animal the title of one of the few species of marine mammals in existence.

From the tropical forests of Asia, Africa, and South America, all the way to the icy depths of North America and even in the placid lakes and rivers of Europe, otters are some of the most widely spread groups of animals around the world. Yet, we have started to see a steady decline of otter populations in the wild in the past years. Seven of the thirteen species of otter found around the world are considered to be under threat of extinction, and only one of them can be considered “Least Concern” by the IUCN. This means that there is reason to be concerned about the survival of otters in the wild. As top predators in both aquatic and terrestrial food chains, otters are vital to the proper management and care of their local food webs, ensuring the stability of the environments where they are found. As they need clean water to live in, they are also excellent environmental indicators, showing us the health of their ecosystem as well as the quality of the water where they’re found.

Otters are threatened by a lot of human activities including pollution, habitat loss, human disturbance, competition with fisheries, fur trapping, and illegal fur and pet trade. One of the most important and rising issues that otters have faced in the last years is their illegal capture and trafficking in the pet market. Otters are outstanding, intelligent, curious, and incredibly cute animals which has sadly turned on them, as humans crave these traits in a pet. This has led to the capture of thousands of otters to be kept as pets by uninformed humans. Otter cafes and pet otter videos have increased tenfold in the last ten years, leading to more and more otters being taken from the wild. It is our responsibility to educate ourselves and others so that this practice can be stopped and corrected before the damage is done.

This year, Toucan Rescue Ranch has joined the International Otter Survival Fund and Exploring by the Seat of Your Pants to celebrate World Otter Day and to help with their efforts in celebrating, raising awareness, and educating folks on otters!  If you wish to learn more about the IOSF and International Otter Day be sure to visit their website. We have also teamed up with Exploring by The Seat of Your Pants, a wonderful organization that promotes the study and exploration of the far reaches of the Earth from the comfort of your classroom. This year we will be doing an extraordinarily special classroom talking about the preservation of otters and bringing in Emma, the rescued neotropical river otter that calls TRR her home. Be sure to join us and if you wish to learn more about neotropical river otters be sure to check out one of our virtual tours!

This blog was written by Andrés Sáenz Bräutigam. He is a veterinary medicine and geology student. He’s worked for the Toucan Rescue Ranch since 2014 as an animal caretaker and tour guide, he now works as a vet intern and Tour guide.