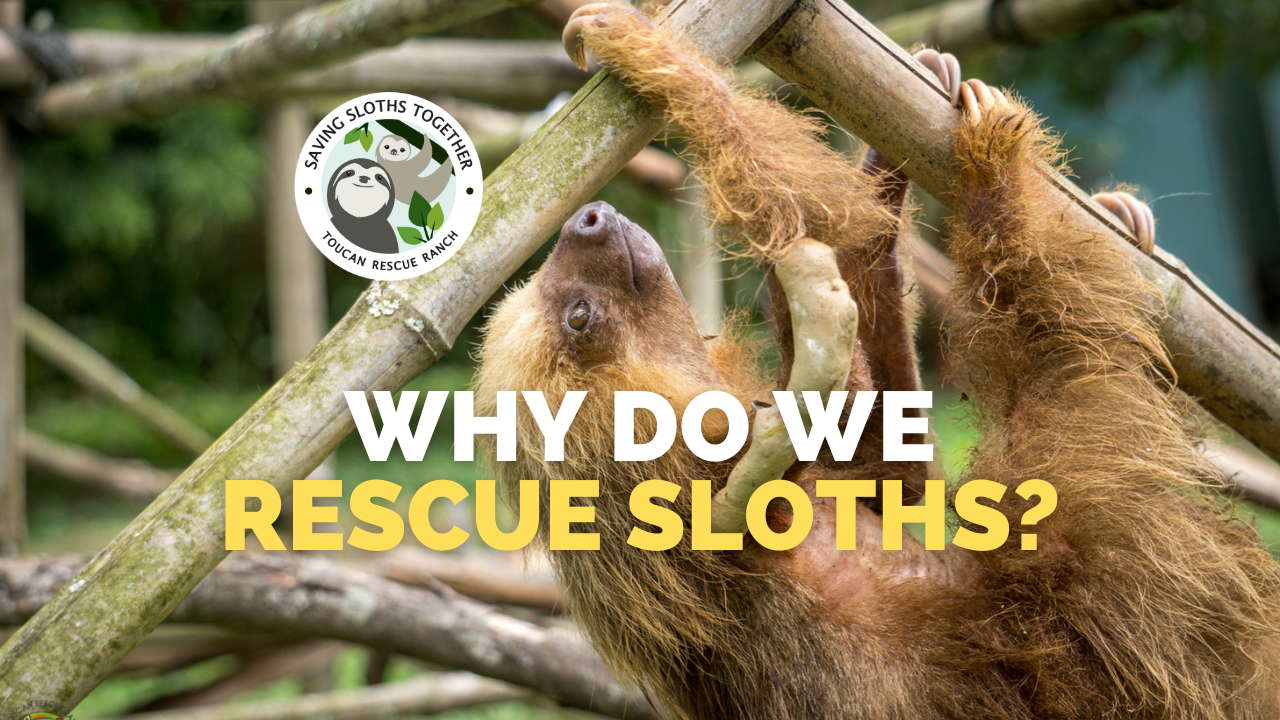 More than just cute piggy noses or smiling eyes, sloths are incredible arboreal animals. Recently named as a national symbol in Costa Rica, they have gathered people’s attention, yet in more danger than ever: electrocutions, car accidents, and human development has destroyed sloth habitat. Saving sloths and helping them go #backinthetrees is Toucan Rescue Ranch’s primary purpose when working with sloths.

Since sloths are a national symbol in Costa Rica, it has brought awareness about the sloth; however, a lot of misinformation due to pop culture; for example, “sloths are lazy” when in reality, sloths are pretty quick! The three-fingered sloth reins the title of “the slowest mammal on the planet” due to its metabolism and how slow they process what they eat. Still, they are excellent at saving energy. Sloths are not defenseless creatures; they fight and can pack a nasty bite or scratch if tested. For example, they can be aggressive and fast when moving from one tree to another. Most people don’t know this, but they are powerful swimmers.

These animals are fascinating, and to date, we still are learning about them! There is ongoing research about their hair – sloths grow algae in it! These studies are trying to prove the possibility this hair has a curative purpose for some human diseases. These animals have an incredible ecosystem in their hair and are home to hundreds of insects and organisms!

Even though sloths are popular animals, humans are affecting them and their habitat, sometimes without knowing. Every year, hundreds of sloths die due to electrocution and car accidents; growing human interactions and development in Costa Rica have made it difficult for them to thrive. Sloths are negatively affected as humans move further into the forests and coastlines. Couple this with growing social media trends; sloths face more threats to their survival than ever before.

The Saving Sloths Together program focuses on giving a chance to sloths to rehabilitate and go back to the wild, and this process consists of a long approach that takes time and resources. Still, with this, they can return to their natural habitat and remain as compelling and unique as they are. The Saving Sloths Together program works to bring environmental education, reforestation initiatives, and sloth activism.

Support ethical sloth projects and get involved with its programs by donating, volunteering, and educating others about sloths!