In 2017 Toucan Rescue Ranch and The Sloth Institute came together to form Saving Sloths Together (SST), a Costa Rica-wide project seeking to provide greater opportunity for sloths in need. By combining each organization’s skills and knowledge we are able to improve the process of sloth rescue, rehabilitation, and release in Costa Rica.  This allowed both organizations to utilize scientific expertise, dedication, passion, and decades of experience to provide the very best program for every sloth needing help at gaining a second chance at a life in the wild.

As humans move further into the forests and coastlines, destroying natural habitats, sloths have been negatively impacted and greater numbers are dying. Couple this with the growing social media trends and publicities, sloths are faced with more threats to their survival than ever before.

How SST will Help

The SST Program will be able to combine the expertise of both TRR and TSI to ensure that sloths both injured and orphaned will be given the best chance at being released. By donating, your dollar will directly contribute to this important program.

TRR already has a successful hard release program where we release rehabilitated wild adult sloths back into their habitat. However, with this new program we will be able to introduce more sloths into a soft release program.

Sloths are rescued for various reasons. Common incidents include electrocution from power lines, car accidents, dog attacks, and human encroachment such as deforestation and the illegal pet trade. Oftentimes, baby sloths suffer from injuries and the loss of their mother from such incidents. Babies are often found abandoned by their mothers for unknown reasons (likely the mother was involved in an accident). This is when the Saving Sloths Together project by TRR and TSI takes action. Together, we rescue hurt sloths and give them a second chance at life with the goal of releasing them back into the wild once they “graduate” from the rehabilitation and release program. 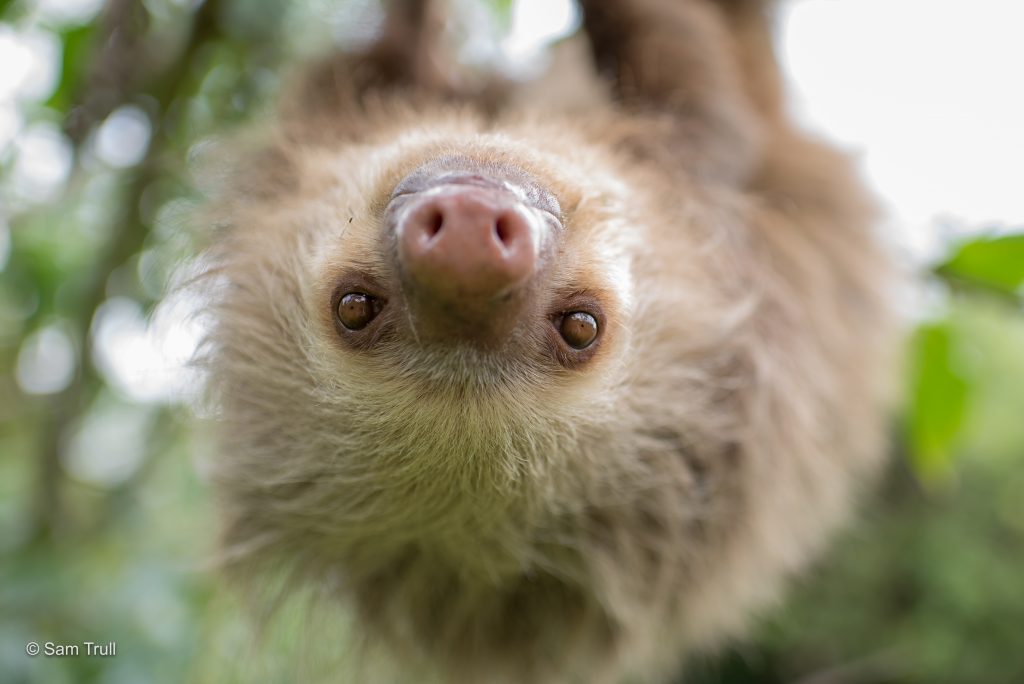 Historically, sloths have been a highly successful arboreal species however, growing human interactions and development in Costa Rica have made it difficult for them to thrive.  As humans move further into the forests and coastlines, destroying natural habitats, sloths have been negatively impacted and greater numbers are dying. Couple this with the growing social media trends and publicities and sloths are faced with more threats to their survival than ever before. While Costa Rica sloths are not yet ENdangered, they are IN danger and need our help before it’s too late.

A unique component of the SST project is the ability to take a hand-raised, orphaned sloth and give it a second chance at being wild. The concept of releasing captive-raised sloths back into the wild is a feat that has rarely been done with success. However, with the combined expertise, this program is eager to prove that sloths don’t belong in cages but #backinthetrees because they were all #borntobewild. 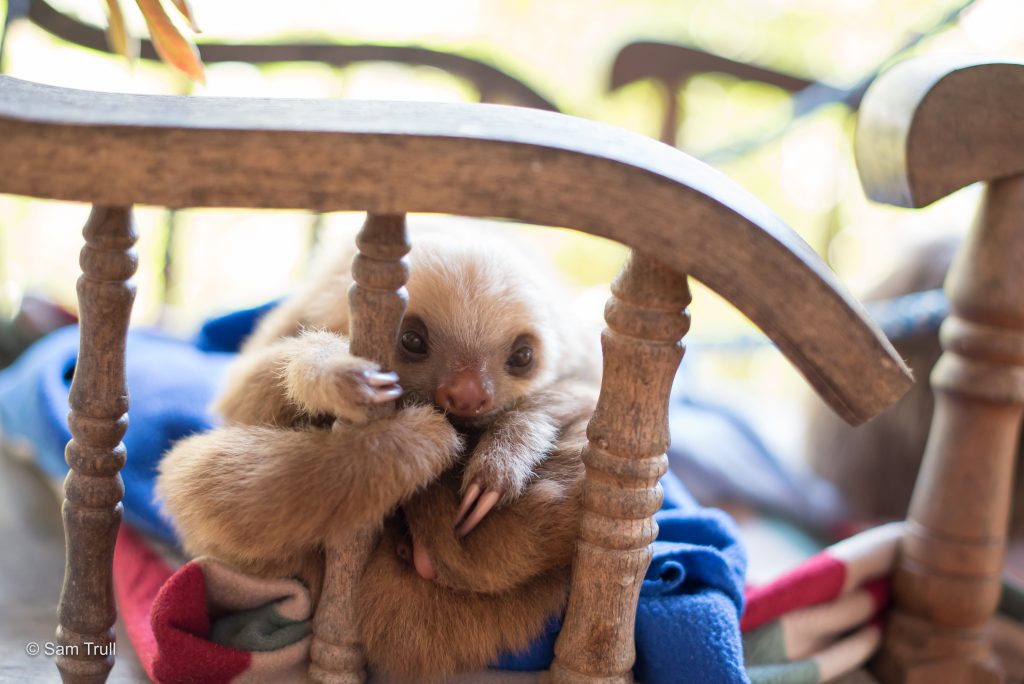 Your gift goes beyond the dollars and cents of your donation. With your support, you will give orphaned, hand-raised, and rehabilitated sloths a second chance at life in the wild. It is our goal that together, every rescue call and abandoned individual found will be returned to a natural life back among the trees. Saving Sloths Together provides a future not just for the sloths who go through the program, but for the health and understanding of the species nationwide. Your donation allows us to dedicate the time, medical and expert care to one of the most charismatic species in Costa Rica, the sloth. Help the Saving Sloths Together project with TRR and TSI by donating to the SST fund! Click the DONATE NOW button.

People on this project 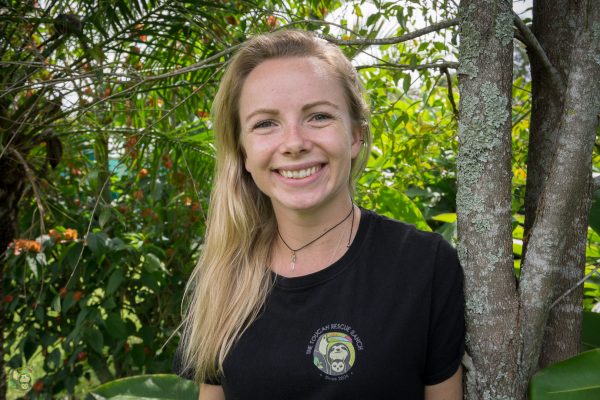 Zara Palmer is the Marketing Manager and Fundraiser/Education Supervisor at the Toucan Rescue Ranch. She is from a small town called Clark Fork, Idaho, USA. Zara graduated with a Bachelor’s degree in business administration and marketing from Lewis-Clark State College in Coeur d’Alene, Idaho. She has been helping Toucan Rescue Ranch since 2013 with crowdfunding campaigns, where she’s helped build new enclosures for various animals at headquarters and the Release Site.

Since 2015 she’s lived in Costa Rica on and off and is responsible for the marketing, fundraising, and branding strategies of the center. She oversees the Adoption Program, social media, corporate sustainability programs, crowdfunding, community events, and overall marketing and brand awareness. Zara assists with administrative tasks and is the supervisor for the tourism department of Toucan Rescue Ranch. 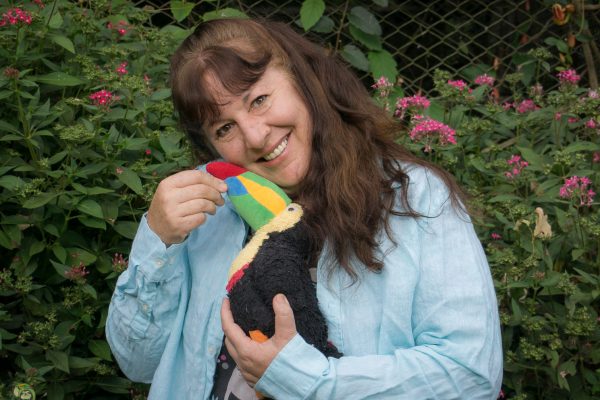 Founder and Director, Leslie grew up in Costa Rica. Her father was one of the first property developers on the Pacific coast, laying the foundation for ecotourism in the Nosara region. Many years later, back in the United States and working as an Occupational Therapist and Outdoor Adventure Ropes course entrepreneur, with her own growing collection of birds she traveled to the jungles of Peru to study wild macaws. This led her back to her roots in Costa Rica in pursuing her lifelong dream of operating a bird refuge center, for parrots and toucans. Later, the bed and breakfast were started as a guesthouse when friends stayed while visiting. Today, Leslie’s vision for breeding and refuge for toucans has quickly grown into a fully functioning wildlife rescue center. Her care goes beyond toucans and now heals sloths, otters, owls, spider monkeys and much more! 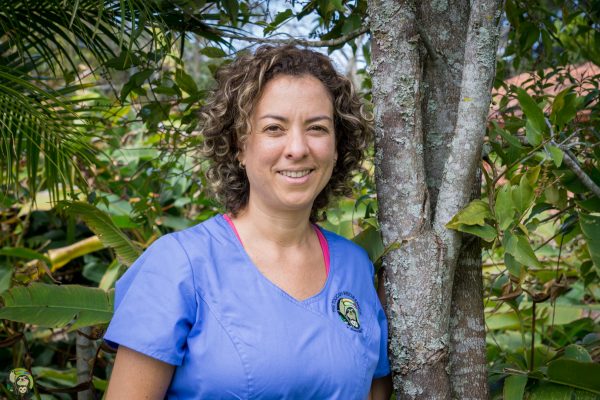 Janet is the Toucan Rescue Ranch’s Veterinarian Director. She obtained her DMV from Escuela de Medicina y Cirugía Veterinaria San Francisco de Asís in 2006. During her studies, she worked with Aviarios Sloth Sanctuary 2005-2006 and interned with the Dallas World Aquarium in December 2006 (exotics). Janet interned with the Wimberley Veterinary Clinic in Texas in 2007. She opened her private veterinary clinic in Curridabat, San José in 2008, and became a consultant to the zoo in Playa Bonita, Moín, Limón (Paradero Ecotour) in 2008. At TRR, she conducts examinations, medical logs, maintains MINAE procedures and protocols, and oversees surgeries. She manages the overall health of all of the animals in Toucan Rescue Ranch’s clinic and works closely with the veterinarian supervisor, Ana Maria. Her role as a veterinarian has evolved into more management tasks since obtaining her MBA.