Posted on May 11, 2017 Categories: Education, Release Program, Wildlife No comments yet 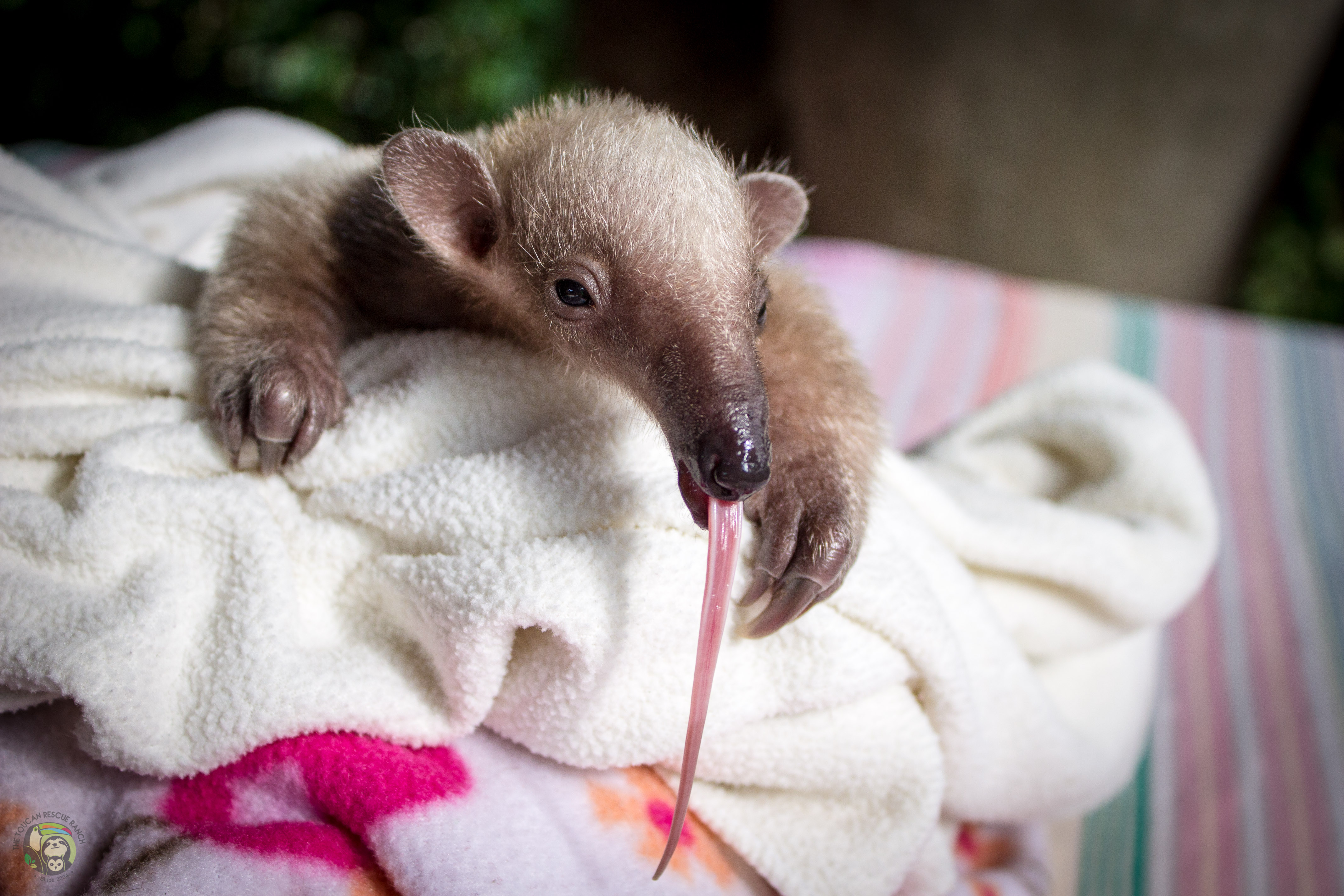 Anteaters are very curious and tend to cover very long distances looking for food. Their technique is simple- sniff around to find food, attack the nest, tree or any bug filled substrate, with their claws, make a hole big enough for the tongue to fit and go to town on the bug buffet. The initial assault takes the insects by surprise, but they quickly mount their defense and start protecting themselves. The thick coat of the anteater helps keep them safe for a bit, but soon, they are overwhelmed and must move on. The process immediately starts all over again as there’s no time to rest when you need to eat 9,000 insects a day. To achieve this goal, they will hit from 50 to 90 nests. They move in a straight line to ensure they attack new nests and catch the bugs by surprise.

The long distances that they have to cover put them at risk since we humans tent to build roads everywhere, thereby segmenting their territories. Crossing a road is probably the deadliest activity an anteater attempts. If they’re lucky, they can cross quickly to the other side without any interruptions. If they’re not and they see a car coming, they will panic. Sadly, these animals are far too brave for their own good and will try to fight the oncoming car.

White with a colored vest, anteaters are the most elegant of the bug-eating animals that we care for. And Tiger Lily, named after the princess from Peter Pan, piles on immense amounts of cuteness to her elegance. She came to the rescue center when she was a tiny baby. We don’t know exactly what happened to her mom, but she was an orphan near a road and needed help.

She was a feisty anteater and refused to eat. Little by little, we gain her trust and now she loves milk so much that she practically bathes in it. Lily is less than a year old and is following a successful program that we have implemented before. First comes the milk. Then we spice it up with insectivore (food for bug-eating birds) then we add some termites to the milk. Next, we introduce a termite nest and if she passes this test, then she can go to a tree to find her own food. This, of course, would be the ideal way to do it, but when working with wildlife, ideal is synonym with, “in your dreams. Now we have an anteater that is a great climber, loves fruit and milk, but won’t touch a bug. Maybe she’s vegetarian, some suggest. She’s about seven-months old and our plan is to release when she’s one-year old, so the clock is ticking and we will be working non-stop to make sure she can live up to her species name.